“Miss Peregrine’s Home for Peculiar Children” is directed by Tim Burton and stars Asa Butterfield, Eva Green, Ella Purnell, and Samuel L. Jackson. The film, which is based on the novel by Ransom Riggs of the same name, is about a boy named Jacob who, following his grandfather’s death, discovers a home for these peculiar children in the middle of a Welsh island.

At one point, a Tim Burton-directed film meant an instant hit, albeit a weird one, but in recent years, Burton has lost that shining image with some overly wacky expeditions like “Charlie and the Chocolate Factory” or “Alice in Wonderland.” Still, this looked like source material that Burton could definitely make something out of, so I came in hoping to get some classic Burton again.

Visually, this is a beautiful looking film, especially when talking about Miss Peregrine’s home. The scenery is colorful, the visual effects all work tremendously well, and each child’s ability comes to life very well on screen.

The performances from the peculiar children were all very solid, as well as the performance of Eva Green as Miss Peregrine. Green stood out among the rest for her witty dialogue delivery and constant dominating presence, as I really enjoyed what she had to offer in this movie. Asa Butterfield was also very good in the lead role, and while he never really goes anywhere exceptional with the performance, I also think he did an all around solid job from start to finish.

I found this movie to be the most enjoyable any time it went to Miss Peregrine’s home. These scenes had much more life and much more enjoyment, and also much more of an interesting storyline than the rest of the film, and it made me with that Burton really keyed in on this story, rather than the remainder of the movie.

Whenever Burton leaves Peregrine’s home and goes back to Jake’s other life, the movie slows, and the film quickly becomes uninteresting. The film doesn’t even stay here long, but when it does, I just found myself wondering why. This may also be due to the performance of Chris O’Dowd, a man who is absolutely hysterical in the British show, “The IT Crowd”. Here, however, O’Dowd is lifeless and just not very good as Jake’s father, and I was waiting for the comedic charm I know he has, but it never came.

Another performance that I found disappointing was Samuel L. Jackson’s role as the villain of the film. Jackson is vastly talented, and it might not be his performance, but I found his character uninteresting, underdeveloped, and, especially, not threatening whatsoever. This was a real shame because Jackson is someone who could have brought a spark to the movie, but instead, he is wasted.

The movie, for the most part, is pretty dry and humorless, with some exceptions being at Miss Peregrine’s home, but that all changes towards the end battle, and it changes for the worst. The film, while being about kids with abilities, maintains a sense of realism given the whacky situation. This is all thrown out the window in this end fight, with action and tension being replaced with dumb gags and dull fight sequences. This finale could have really brought the movie home, but instead, it left a sour taste on my tongue.

Speaking of finales, there is something that is only discussed and not shown in the final seconds of the movie. While the film already exceeds two hours, this discussion seems worlds more interesting than almost anything we had just previously watched, and I wish that Burton could have found time actually to include it into the plot.

“Miss Peregrine’s” has some beautiful visual effects and is quite a good time when looking at the peculiar children, but this film also lacks enough intrigue elsewhere to really recommend. The lack of a good villain and the very weak concluding act really drags the film down after a promising start, and it’s sad to say that Tim Burton still can’t get back to his “Edward Scissorhands” days just yet. 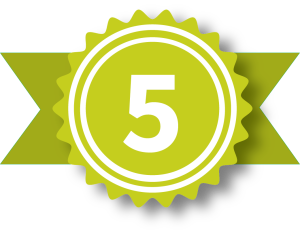 Get tickets and showtimes for “Miss Peregrine’s” here

What did you think of “Miss Peregrine’s”? Comment below with what you thought.