“Ouija: Origin of Evil” is directed by Mike Flanagan, and stars Elizabeth Reaser, Annalise Basso, and Lulu Wilson. The film is a prequel to 2014’s “Ouija”, and is about a family who buys an Ouija board in order to help their business of making people believe they are talking to ghosts, but when they do, they unknowingly wake up an evil spirit in their home.

“Ouija” was not a film that I really enjoyed back in 2014, mainly because the acting was poor, the plot twist didn’t make any sense, and it wasn’t very scary, you know, just a couple small issues here and there. But, Mike Flanagan made a pretty solid horror film earlier this year with “Hush”, and I have heard good things about his film, “Oculus”, so I had a small glimmer of hope that maybe Flanagan could make something truly scary out of this board game.

The acting is pretty solid throughout the cast, which can be hard to come by in the horror genre. Elizabeth Reaser as the mother does good work here, giving the best emotional performance of the film, as she has some personal conflict that I found interesting. Henry Thomas, aka Elliott from E.T. (!!!), as Father Tom is great in his limited screen time, bringing certainly the most dependable performance of the movie. The two lead kid actors both are passable in their roles, with each having some standout moments, but never really grabbing me as much as, say, Gabriel Bateman did in a great horror movie from this year, “Lights Out”.

Visually, there are some nice shots in the film, and I also really like the idea of this family as people who scam those trying to talk to the deceased. From what I remember, I have not seen that idea utilized in a movie before, and I thought it could create an interesting dynamic with what is real and what isn’t.

For scares, what worked the best was, just as in the first “Ouija”, looking through the eyepiece of the planchette on the Ouija board. The slow pans over to, potentially, a demon just screams tension, and these scenes are effective when they’re used.

I think Mike Flanagan does an effective job at connecting this movie to the first one from two years ago, as with more events coming to fruition, the more I saw the connections and, while I don’t want to be reminded of the first film all that much, it was still neat to see.

The problems this movie faces are with its scares, because I just didn’t find most of them all that terrifying. I enjoy Flanagan’s unique choices he makes in “Hush”, but I didn’t find that movie very scary, either, but that one was still original enough to enjoy. “Ouija: Origin of Evil” has some flare, but the scares are majorly just cheap jump scares, which I hate. Sure, they get me to jump, hence the name, but they also remove all the tension and they don’t leave any lingering fear.

The film also has a slow opening, which I don’t always mind, but in this instance, there’s a long amount of runtime used with very few scares, and I don’t think it really adds much of anything to the film. There is enough character development about the two girls to know the basics about them, but not enough to say that a whole third of the movie needs to be used to explain them deeper. One girl is a rebel, and one is young and picked on, we get it.

There are some CGI effects that are questionable at best, and it really took me out of a potentially scary scene. For example, in the trailer you see this weird effect that they put on the young girl’s eyes and face, and when I saw that in the trailer, I laughed. Turns out, that effect is used quite often in this movie, as well as another bizarre CGI effect that was supposed to be the big scare of the movie, but instead had me chuckling quietly in my seat.

As with the first film, I found myself getting more and more confused with exactly what the plotline is in this movie, and that made me care less and less about the film. Flanagan tries his best here, there are some interesting ideas, but when it comes down to it, I just couldn’t get into the plot, probably because it’s based on a cursed board game, but maybe I’m just too cynical.

“Ouija: Origin of Evil” may be a slight improvement over its predecessor, but that’s not really that much of a compliment. Mike Flanagan brings a different style and story to the premise, and there’s decent acting here, but when the plot gets messy and the scares aren’t really hitting, none of that matters as much. The sometimes laughable CGI and dependence on jump scares were the final nails in the coffin for me, as “Ouija: Origin of Evil” cannot overcome its subpar scares. 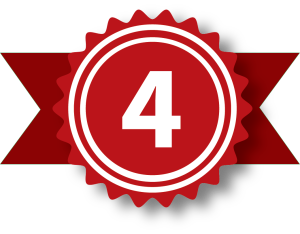 Get tickets and showtimes for “Ouija: Origin of Evil” (in theaters 10/21)

Are you excited for “Ouija: Origin of Evil”? Comment below with what you think.