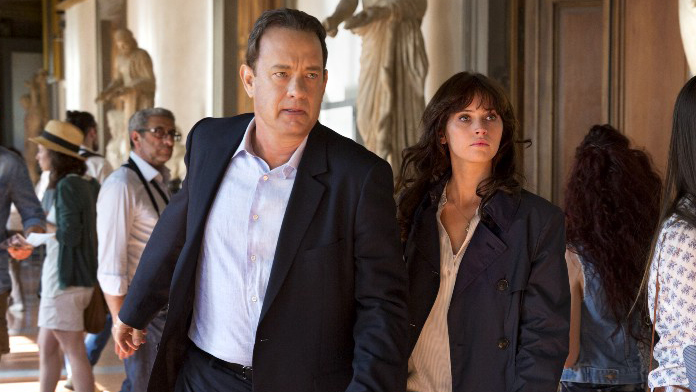 “Inferno” is directed by Ron Howard and stars Tom Hanks, Felicity Jones, and Ben Foster. The film is the 3rd in the Robert Langdon films that were first books written by Dan Brown and is about Langdon waking up in a hospital with amnesia, and he must team up with his doctor in order to find a deadly item that puts much of the world in jeopardy.

I was not much of a fan with the last two installments of this series, “The Da Vinci Code” and “Angels and Demons”, and Ron Howard has been in a bit of a slump recently with his directorial efforts. Still, Tom Hanks is one of the best actors to ever do it, and Felicity Jones is set up for a big end of 2016, so maybe they could electrify this series that was pretty lifeless on arrival.

Tom Hanks is solid in this film as Mr. Langdon, bringing his typical charm and talent to a role that certainly needed it. Hanks makes bits and pieces of this movie much more entertaining simply with his presence, as does Ben Foster in his small screen time. Foster, who was tremendous in “Hell or High Water” earlier this year, is very good in his limited role, as I found his character incredibly interesting, and I wish that Howard spent more time developing him instead of only seeing him mainly in flashbacks.

Just as in the past, the best moments are when the movie actually feels like the books, and that’s when Langdon goes in depth on different pieces of architecture across the world. The movie is at its most interesting in these scenes, and they are certainly the moments that I enjoyed the most throughout this film.

There are a few twists and turns, mostly due to Langdon suffering with amnesia, that I truly did not see coming, so I have to give props to the movie for keeping me on my toes for a lot of the runtime. While I think some of the choices in this storyline are a bit hokey, for the most part looking back I think they work effectively and fit well into the plot.

Hans Zimmer is one of the best in the business, and his score in this film is tremendous, really packing in some flavor and some tension into scenes that would have been rather vanilla without it.

Most of this film trucks along and never really grabs me all that much, with things happening on screen, but with none of them ever being all that compelling. It’s hard to explain, but what Howard fails to do here is really grab me, as from the beginning shot we are just put into the confusion with Langdon, and while for some time the confusion he is having is entertaining, it loses its intrigue less than halfway into the movie.

Felicity Jones gives a fine performance here, but the character she is given to play is one that I never really could get on board with. The first half of the movie I found her rather annoying, and by the end, I just couldn’t buy how her character had progressed, and it was disappointing to see, as I know Jones is a tremendously talented actress.

The biggest flaw I had with “Inferno” is with its lack of grounded reality. What I loved about the book, Angels and Demons, is how much it felt like it could be a real life scenario, even with its wild ideas. What all three of these movies, and especially this one, have done has made these events feel over the top, and it really takes away from the tension and suspense. This is clear in any cop chase in this movie or when the world is supposedly in danger, I just have a real hard time believing much of anything Howard is going for here.

There were also issues with plot consistencies, as some characters who interact with Langdon early on really don’t make sense by the end of the movie, as well as some characters who are inexplicably dropped halfway through and then never explained again. Along with this, actions that Langdon supposedly does that he doe not remember are never explained fully. In fact, as I write this review, there are loads of things that I am now confused about that happened early on that really seem to lack much sense.

“Inferno” is about on par with the two previous films in this series, and that is not really a good thing. Tom Hanks is charming as ever, and there are some neat scenes and an excellent score by Zimmer, but what the story needed was a more down to Earth approach and a much more gripping storyline to latch onto. Without either of these things, the film gets dull pretty fast, and by the end of “Inferno’s” over two-hour runtime, you’ll just be left with a resounding “eh.” 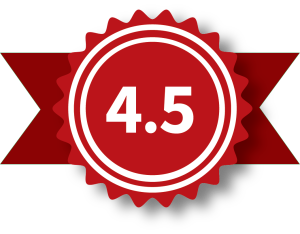 Get tickets and showtimes for “Inferno” here

What did you think of “Inferno”? Comment below with what you thought.