“Arrival” is directed by Denis Villeneuve and stars Amy Adams, Jeremy Renner, and Forest Whitaker. The film is about 12 “shells” that land across the globe, and a trained linguist who must go up into one of these UFOs in order to communicate to the life forms living inside of it.

This was hands down one of the most anticipated movies of 2016 for me, and for so many reasons. Villeneuve is one of my favorite directors working today, as his previous films like “Sicario” and “Enemy” are both truly incredible. Along with him, this movie has an excellent cast, a unique premise, and the trailers looked exceptional, so you could say I’ve been counting down the days until I could see this film.

Much of this movie lands on the shoulders of Amy Adams, so it’s great to see that she is certainly up to the task. This is one of the best performances I have ever seen out of Adams, which is saying something about a five-time Oscar nominee, but she is truly astounding here. Her character develops in a unique way, and it’s all the better for it, as Adams simply impresses every single time she is on screen.

Jeremy Renner is also great in his supporting role, bringing a lot of charm and wit to the screen. Renner also has terrific chemistry with Adams, as the two often go back and forth or discuss ideas together, and Renner does great work throughout the movie. As does Forest Whitaker, who, as a US Colonel, plays the part very accurately, as do all the other supporting members of the cast.

I called Villeneuve one of the best in the business for a reason, and this film just cements that idea even further. This is a beautifully directed movie in so many ways, as Villeneuve knows how to build tension in each and every scene, while also creating emotion and characters with elegance. The way Villeneuve decides to create this story has his typical flare, and that flare is pure brilliance every single time he uses it.

Visually and sonically, this may just be Villeneuve’s best film yet. The cinematography by Bradford Young is breathtaking, to say the least, which almost every shot done to perfection, and with some standout moments being some of the most beautiful cinematic art I have seen in a science fiction film ever. The score by Jóhann Jóhannsson, who also scored Villeneuve’s last movie, “Sicario”, is absolutely haunting, as he brings to life moments in the film that would lack the power and tension otherwise. Regardless of storyline, as a treat for your eyes and your ears, “Arrival” delivers better than nearly any film can.

Well, it just so happens that “Arrival” also has a tremendous story, one that really will have you talking about it long after the film. I am going to stay incredibly broad when talking about the plot here, as I plan to do an analyze video after I see this movie again, but what I will say is that I was absolutely blown away. Blown away by Villeneuve’s choices, by the way the storyline progresses, and by just how much this movie has to offer.

The way that Villeneuve directs these sequences between Adams and those who are in the UFO are brilliant, as I have never seen linguistics done with such excitement, yet also with such suspense. This movie also has a terrific message about working together as one whole, as the whole world must do in order to figure out what to do, and I think the message is subtle enough to not beat you over the head with it at the same time.

Very, very small tweaks here, but I do wish that there was more resolution to one of the major questions this film asks early on about those who arrived. I will not go much further than that, but this question appears to be the whole basis of the movie, and while where the film goes instead was done beautifully, I wish this question was answered more in-depth rather than being grazed over.

For some, the slow pace may be an issue, but with the visuals, score, excellent performances and tremendous direction, the pace of the movie was no problem for me whatsoever.

“Arrival” is a masterpiece of a film by Denis Villeneuve that features great acting work, breathtaking visuals, a gripping score, and a captivating story all in one. This film is not just an excellent science fiction movie, but also a beautifully done drama and an incredibly tense thriller all in one. This movie blew me away from start to finish, even with my lofty expectations, and I truly could not have asked for more out of it. Even if I had one minor flaw, it is one that I can easily overlook, as “Arrival” is the best science fiction film since “Looper”, and is one of the smartest movies of the year, and has earned the highest praise that I can give. 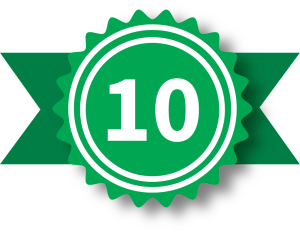 (Please) Get tickets for Arrival here

What did you think of “Arrival”? Comment below with what you think.