“Sing” is directed by Christophe Lourdelet and Garth Jennings and stars Matthew McConaughey, Reese Witherspoon, Seth MacFarlane, Scarlett Johansson, and Taron Egerton.  The film is about a singing competition that is put together by a theater trying to avoid bankruptcy, and it brings together a group of various animals trying to live out their dreams.

Animated movies have been massive successes this year, for the most part, and this film seemed to have a fun enough premise to get around.  Sure, it looked like a “Zootopia” rip-off to some extent, but the singing competition was something I was excited to see.

The songs, of course!  When the characters are singing, like the title promises, the film is at its most entertaining.  From the most likely Oscar-nominated song, “Faith” that plays during the end credits, to each song, cover or original throughout the runtime, the songs made the film significantly more entertaining.

The voice performances from this very talented cast are great all around, even though some of the actual characters I had issues with.  Matthew McConaughey is great in the lead role, as I thought he did solid work as Buster Moon, the koala running the whole show.  Reese Witherspoon is excellent as Rosita, and her chemistry with Nick Kroll as Gunter is very fun to watch, and these two pigs had some of my favorite moments of the entire film and were the most fun to watch of the singing contestants.  Taron Egerton is also great as the gorilla, Johnny, as is Tori Kelly as Meena, so basically the highlights of “Sing” come from the voice work done by the tremendous talent that’s a part of it.

There are two moments in this film that really make it worthwhile, and that is with the auditions early on and the finale.  Watching various animals sing multiple famous songs is simply entertainment at its finest, but it’s really this finale that had me in awe.  It’s difficult not to smile throughout the end twenty minutes of “Sing”, as it is incredibly entertaining, while also satisfying to hear each of these contestants finally get their chance in the spotlight.  For some reason, these songs just struck a positive chord in me and left me with a good feeling once the film had ended.

It’s a good thing the finale paid off, because the middle portion of “Sing” has quite a large amount of shortcomings.  For one, there is a long lapse of time where there is simply a lack of singing, and it made the movie really slow down in pace.  For a 108-minute film, there is a lot of ground that was trying to be covered, especially with at least five stories being told at the same time, but the movie doesn’t do a great job at telling any of them.  Instead, each of the stories feel like they’re missing something, and they lack having any significant impact because of this.

Seth MacFarlane is a vastly talented man, and his voice work, especially in the singing department, was very good, I just hated the character he was forced to portray.  I get that not every character has to be sunshine and roses, but, as Mike the mouse, MacFarlane was simply mean the entire time without any real punishment, and his character aggravated me in the wrong ways.

A lot of the film comes off as more mean-spirited than funny, with a lot of the jokes falling flat, but it was the lack of emotional power that really was disappointing.  Just as in Illumination Entertainment’s last effort, “The Secret Life of Pets”, there is so much potential to make some lasting impact on the audience, but the script and the direction simply fall short.  There are some themes thrown in about relationships, family, and about doing the morally right thing, but this film never follows any of these correctly, and often actually makes the wrong choices, which causes the film too often be a bit mean instead of being a positive life lesson.

“Sing” is an incredibly fun film when it lives up to its title, and there are excellent voice performances throughout its cast.  The problem comes with everything between the singing, as the movie does not capitalize on potentially powerful themes, and instead, meanders between boredom and being strictly average.  Thankfully, the finale brought the house down, because without it, “Sing” would have been completely stuck in mediocrity. 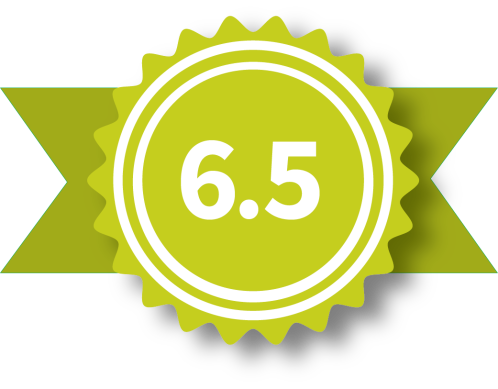 Get tickets and showtimes for “Sing” here

What did you think of “Sing”?  Comment below with your thoughts.