Ed Sheeran has recently released two long-awaited singles titles “Shape of You” and “Castle on the Hill,” available on Spotify, Apple Music, Google Play, and Amazon Music. All of the songs can be found here: http://lnk.to/c6dCw

While both of these songs are drastically different from Sheeran’s past work, “Shape of You” strikes me as a new style. “Shape of You” relies on a catchy pop riff to take the lead, but it does not distract from the other elements of the song. What I found interesting about this song is that it used different sound effects from hitting an acoustic guitar instead of an actual drum set. Paired with the simple electronic riff, it creates a beautifully simple tone. Sheeran also includes multiple backing tracks to make a capella style vocals, which I found to be pleasant.

I like it. I don’t love it, but it’s catchy enough to stay in my head and it doesn’t seem like it will be too annoying, but we’ll see soon since every radio station will be playing it twice every hour. The song feels clean and polished and reminds me of a song that would be on Justin Timberlake’s Justified.

The song is definitely worth a listen and for me, it works. Add it to a playlist, but be wary of playing it on repeat so that you don’t exhaust its uniqueness. 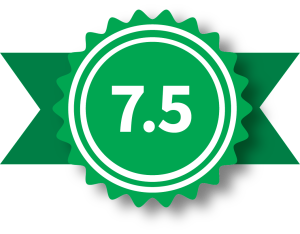 Castle on the Hill

Well, this is definitely different from his older music, but I am definitely not a fan of this song. I enjoyed the simple bassline and the undertone of the guitar, but the chorus really fell short to me. I see what Ed Sheeran was trying for in this song, a more alternative and uplifting sound, but I have already exhausted this song for all that it has to offer after only listening to it three times.

The high vocals are an unusual addition to the song, but they seem to work. However, the background chorus vocals really kill the song for me. If this song came out ten years ago, I wouldn’t have minded it, but this sound has been done many times.

To me, this feels like a budget version of 30 Seconds to Mars’s “Closer to the Edge” mixed with a John Mayer song. The vocals are not strong enough to carry the song and the instruments mostly back up the vocals rather than shining on their own.