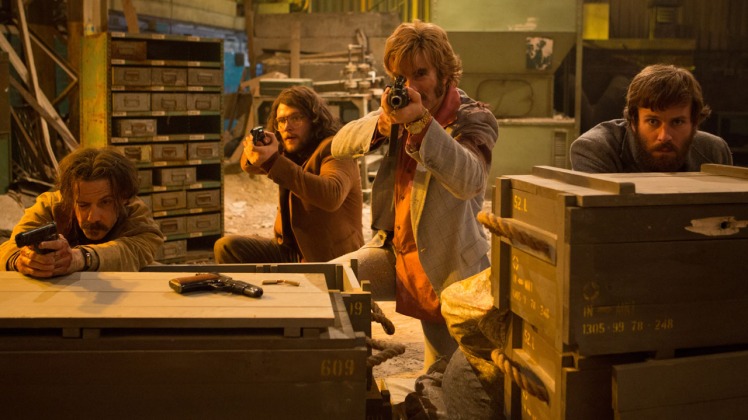 “Free Fire” is directed by Ben Wheatley and stars Brie Larson, Cillian Murphy, Armie Hammer, and Sharlto Copley.  The film is about a gun deal gone wrong which leads to a shootout in a warehouse between the dealers and the buyers.

This was a film that I was excited to see, as the premise seemed incredibly simple, but also very fun and lighthearted.  The solid cast was also a bonus as I came into this movie hoping solely for an entertaining action flick.

The cast elevated this movie substantially, as almost every single character brings an added element of comedy to what could have been a rather stale premise.  Brie Larson is great as more of the serious person in the scuffle, but even without many jokes she makes her premise well worth it and is as good as always.  Cillian Murphy and Sharlto Copley are both great as well on differing sides of the gunfight, with Copley specifically bringing some laugh out loud moments in the middle of the action with his wacky character portrayal.

Jack Reynor was a pleasant surprise in this movie, as he had some very funny moments in this film.  Reynor is much improved here as opposed to his work in the horrific “Transformers: Age of Extinction”, and I found him to even be one of the better characters in the entire movie.  The clear best, though, is Armie Hammer, as he absolutely nails his character to a tee.  Even when not going for comedic effect, Hammer has an excellent delivery with his lines, and his character was the one that I ended up rooting for the most as the film went on.

I loved the simplicity of this movie, as this is a nearly 90-minute shootout with minimal setup, and that decision works out very well for director Ben Wheatley.  I learned just enough about the characters so that I understood their personalities and then I was sucked into the fight immediately.  This never tries to be anything more than a fun action movie, and it succeeds in doing just that.

There are a few characters that seemingly come out of nowhere, and they felt a tad unnecessary for me and left me with questions as to how they know where to go.  Once again, this film has no intentions of doing any storytelling outside of this shootout, so this was to be expected, but I wish that these minor characters at least had a real reason for showing up.

The action is fun and the banter back in forth makes the whole film a pretty fun watch, but the action slows pretty mightily towards the end, as many of the characters either move incredibly slowly or not at all, and while this is funny at first, it also gets a bit boring to watch.  I wish that Wheatley decided to spread out the chaos a bit more throughout the runtime instead of putting it all in the first half, as it would have made for a more consistent watch.

“Free Fire” is exactly what you’d expect from it: a fun, light-hearted, entertaining action movie centered around a single location.  The actors make the premise work, as the constant back and forth between both banter and bullets makes the film a fun watch for a large portion of the movie.  Sure, the idea gets a little stale after a while, but “Free Fire” knows exactly what it is, and doesn’t overstay its welcome.

Get tickets and showtimes for “Free Fire” here

What did you think of “Free Fire”?  Comment below with your thoughts.