“Wonder Woman” is directed by Patty Jenkins and stars Gal Gadot, Chris Pine, Danny Huston, and David Thewlis.  The film is about Diana, Princess of the Amazons, who comes into our world via a fallen pilot in order to help save humanity from the war that they are facing: World War I.

I was beyond excited to see this movie, as Wonder Woman is a tremendous character, and one that I liked quite a bit in “Batman V Superman”, and the trailers for this film looked fantastic.  However, I had to come in a little skeptical after the last two DC movies, specifically the abomination that is “Suicide Squad” that left me brutally disappointed.  So, my hopes were high, but I also came in with some skepticism.

Gal Gadot absolutely nails Wonder Woman in every single way, as she is both a strong action hero and a charismatic, likable character that I could not get enough of.  Gadot does such a tremendous job of showing every aspect of this very complex hero to a tee and brings a real sense of innocence, pride, and emotion to someone who could have felt bland otherwise.

Chris Pine is also great here, as his character works perfectly with the storyline, and brings another added boost of comedy and charm.  Pine and Gadot have terrific chemistry together and have a very believable relationship that blossoms from start to finish, and it was really a treat to see these two work so well off each other as their characters developed.

Where “Wonder Woman” works so much better than the two previous DC efforts is in its writing, as there is a wonderful light, upbeat tone that follows much of this movie.  The writing done here by Allan Heinberg in his film debut is excellent, as nearly all of the comedic aspects of the script work, and the back and forths from Gadot and Pine create laughs nearly every time.  They also work very well with the smaller roles, as members of the main crew each have their moments to shine through, and, in severe contrast to “Suicide Squad”, I found myself having a blast and laughing quite a bit with the characters, while also learning just enough about each of them to care about their fates.

The action sequences here are handled so miraculously well, as the camerawork is able to avoid over-editing while maintaining a steady hand, and it makes for some breathtaking moments of pure adrenaline.  The ability that Patty Jenkins and cinematographer Matthew Jensen have to make the audience realize the strength of Wonder Woman is what impressed me the most, as the fights, along with Gadot’s performance really bring out the strength and heart that the hero possesses.  One scene involving a Dead Man’s Zone is, quite frankly, the best action sequence in a DC movie that I can remember, and it had me in total awe with everything I was seeing.

While the optical aspects of the movie are great, I found the score by Rupert Gregson-Williams to be tremendous, as it often heightened the intensity and got me on the edge of my seat for the upcoming fight.  His score, along with the excellent camerawork, incredible use of slow motion and some terrific action made for some of the best fight scenes in any superhero movie I have ever seen.

I want to make another point of the greatness in Gadot’s portrayal of Wonder Woman, as she becomes easily the most likable character that DC has made in recent memory.  The way that Gadot brings such a happy, energetic light to the character while still being a completely believable action star, and add that with a great dramatic performance that is full of very powerful inner conflict, and you finally have a character that I can’t wait to see more of in future DC films.

While I do think the villain in this movie is more original than many of the enemies in superhero films today, I still never totally fell in love with how they turned out.  There are some cool moments, and it’s difficult to make a villain capable of standing up to such a dominant hero, but I just wish there was a little more time to really build this antagonist so that I could have gained a better understanding of the character as a whole.

The first two acts fly by as they are filled with excellent writing, lovable characters, and gorgeous action, but the final act slows the movie down quite a bit, which makes it a little less grabbing and more generic.  The final sequences seem more like something I have seen quite a few times in superhero movies before, and while it offers some cool moments, I was hoping the conclusion would follow the same tone and have the same energy as the first hour and a half.

“Wonder Woman” brings tremendous performances, phenomenal action, and a legitimately great sense of humor, and it makes for the first, not only good, but great DC movie that they have made since the “Dark Knight” trilogy.  Gadot and Pine nail their characters and have terrific chemistry, and the script, score, cinematography, and direction all back them up wonderfully.  Aside from a few hiccups here and there and a final act that doesn’t quite live up to the rest of the movie, “Wonder Woman” is an absolute delight, and the first step in the right direction for DC in five years. 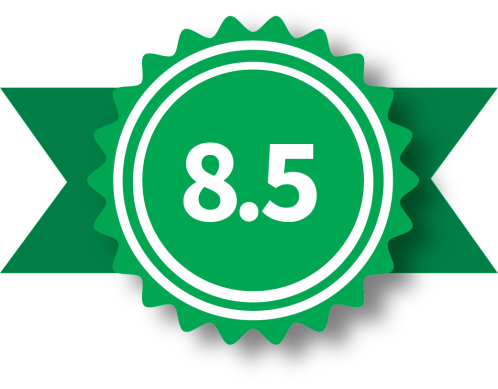 Are you excited about “Wonder Woman”?  Comment below with your thoughts.

2 thoughts on ““Wonder Woman” Brings DC Back to Life”