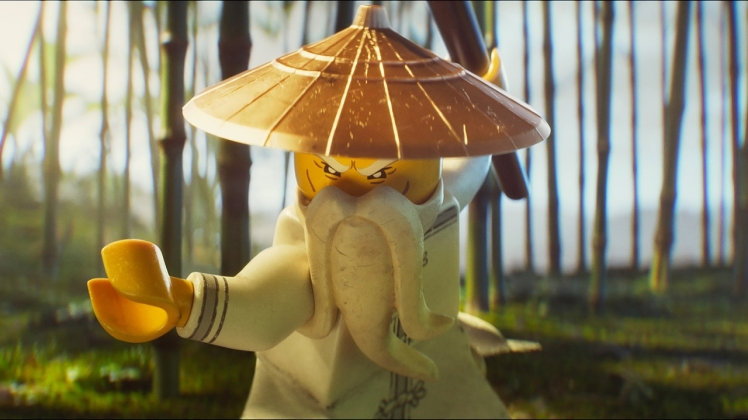 “The LEGO Ninjago Movie” is directed by Charlie Bean, Paul Fisher, and Bob Logan and stars Dave Franco, Jackie Chan, Justin Theroux, and Kumail Nanjiani.  The film is about a teen named Lloyd and his group of friends led by Master Wu who must defeat the evil villain of Garmadon, who just happens to be the father of Lloyd.

The previous two “LEGO” adventures have both been excellent, as the original “LEGO Movie” continues to be one of my favorite animated films in recent memory.  So, while the hype for this film seemed significantly lower than the previous two, I still came in hoping for the same type of humor and the same level of heart that I have come to expect from these yellow animated figures.

The animation in this film is absolutely gorgeous, quite possibly the best in the franchise to date.  The CGI that occasionally combines with live-action images is done seamlessly, and the world that is created by this animation team is full of life and moving parts, and it all is just a marvel to look at.

Dave Franco is very good in the lead role of Lloyd, as I thought he was able to show a lot of emotion when he needed to, and he delivered his lines very well, while also having some strong moments of comedy.  Jackie Chan was easily my favorite performance in the film, as he is the most likable and most charismatic character in the film.  As Mr. Wu, Chan uses his charm very effectively, and he was a delight every single time he was on screen.

As with the previous two installments, this film does a good job at touching on the heart and the dramatic elements that even tiny LEGOs can reach.  There are a few scenes that hit me pretty hard as far as emotion goes, and I thought these scenes were handled very well by the directors.

Unfortunately, “The LEGO Ninjago Movie” is easily the worst LEGO film to date, and it’s not even close.  There is a certain charm that the last two films carried that is just nonexistent in this one, almost from start to finish.  A lot of this may do with character building, as aside from Lloyd and Mr. Wu, the other main members of the cast felt either underdeveloped or, quite simply, annoying.  Kumail Nanjiani was very hit or miss as the comic relief character, but at least he had some personality, as the other 3 members of the ninjas legitimately did nothing to separate themselves, whether it be in personality, charm, or backstory.

This lack of development isn’t totally on the actors, though, as the writing on this film really took a nosedive when comparing it to even “The LEGO Batman Movie” from earlier this year.  This script is, to put it simply, pretty terrible, and that is most evident when it comes to the comedy.  This movie rarely made me laugh, as the jokes are so brutally underwritten that they come off as stale, even five or ten minutes into the film.  This was the biggest disappointment of the entire film and one that had me annoyed and checked out after the first act.

Justin Theroux is the voice of the villain, Garmadon, and I did not like him at all.  The voice performance is annoying and did not fit the character well, the attempts at comedy are truly awful, and even the moments I liked with emotional elements felt a tad rushed, and I never fully got attached to them because of it.  This is the most noticeable in the concluding moments, as the end feels incredibly rushed and very anti-climactic, and, especially compared to the phenomenal ending of “The LEGO Movie,” it felt like a total letdown of what could have been a very strong scene.

“The LEGO Ninjago Movie” is a major step backward for this franchise and one that feels almost unforgivable.  Sure, it’s not a terrible movie, and the second half of it is a significant improvement over the beginning, but aside from some top-notch special effects, there is a world of problems that seem fixable.  Give the supporting characters some time to stand out, make the villain more likable or more villainous, not just this odd mixture, and add some backstory or some stakes that make the film feel more poignant overall.  Oh yeah, also get some good writers that know how to make decent jokes, that would help too.  I didn’t hate “The LEGO Ninjago Movie,” but what I did hate was that, for the first time in this franchise, this felt like a rushed advertisement for toys instead of a movie that succeeds on its own. 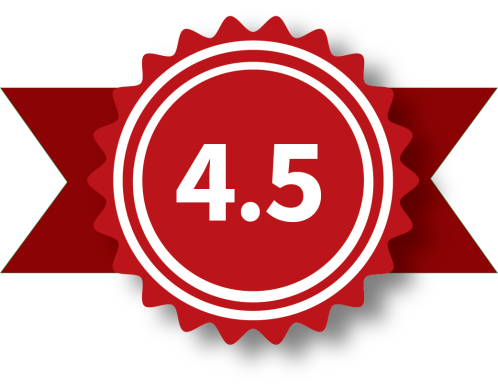 Get tickets and showtimes for “The LEGO Ninjago Movie” here

What did you think of “The LEGO Ninjago Movie”?  Comment below with your thoughts.