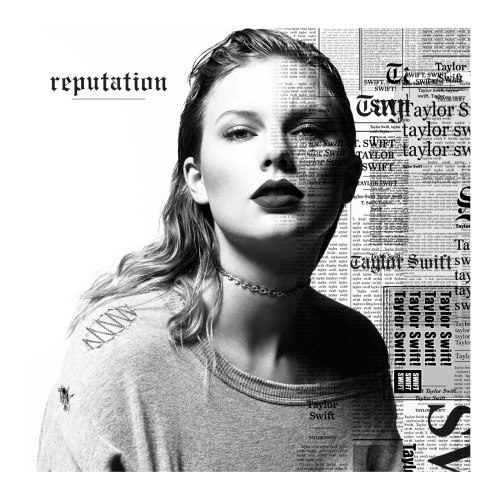 “reputation” is the sixth studio album from pop megastar Taylor Swift, whose 2015 album, “1989” went platinum six times and won Swift album of the year at the Grammys over Kendrick Lamar’s (more deserving masterpiece) “To Pimp a Butterfly.”  But, as I lay my gripes to rest, this new album had five singles released prior to the album release, the most notable ones being “Look What You Made Me Do,” “…Ready For It?,” and “Gorgeous.”

While I do not believe the album deserved the incredibly high honors it received, I did thoroughly enjoy Swift’s “1989,” as songs like “Wildest Dreams” and “Style” were some of my favorites from her entire discography, and I think pop music fit her voice incredibly well. However, as much as her previous work made me excited for a new album, the singles, well, more specifically, the first two singles released prior to this album seemed like very weird, overly trap-inspired songs that did not fit Swift in the slightest. The newer singles gave me more hope, but coming in, I truly had no idea what to expect from “reputation,” so I kept expectations low, but hoped for the best.

While I certainly had my fears, I can say now that Taylor Swift, for the most part, delivers a solid follow-up to her best album that is her most mature, most thematic album to date.  Swift obviously still has the same focus on relationships and struggles with love as she always has, but she brings many new themes into her lyrics here, many of which involve the very title of the album.  Swift’s reputation as a drama-starter and relationship-ruiner is widely known, and instead of running from these, Swift blatantly dives into these ideas that people have on her and brings them to the surface, hoping to move on from this negative image she has been given.

Many songs on this tracklist discuss old feuds with exes like Tom Hiddleston and Calvin Harris, as well as her feud with Kanye West on the song “Famous,” and I think Swift handles these situations well with relatively clever lyrics and a strong power in her voice.  The beats are more hit and miss, but I do think that the more trap-inspired instrumentals often work way better than they should.

The first song that uses this trap beat well is “I Did Something Bad,” which has an intense, visceral chorus that could almost classify as a banger, and it gave me a wake-up call that this album could really bring the heat.  Swift discusses relationships and drama in general terms, and I appreciate the “burning witches” metaphor in the back half, and I think this song brings the energy needed to begin the album.

“Gorgeous” was easily my favorite single released and is still one of my favorite songs on the entire album. This is a brilliantly light-hearted and free-flowing song about infatuation, and I think the playful beat and lyrics perfectly match the tone that is set from the opening voice of a child that starts off the track.

Immediately proceeding this song is the track, “Getaway Car,” which is my favorite song on the record. The pre-chorus and chorus are equally catchy and irresistible, as is the outro, which really hits hard as the climax of the song. This is the most “1989”-y sounding track on this album, and, while very straightforward in its metaphor, it is undeniably enjoyable from start to finish.

The last three tracks on the album really end the entire LP on a high note, as they are Taylor Swift at her most personal, and at her most lyrically impressive. Regardless of how huge of a fan I am of Kanye, the track “This Is Why We Can’t Have Nice Things” is a brilliant statement by Swift on how Mr. West singlehandedly made most of Hollywood turn on her, and I think it is tons of fun to listen to and has an absolutely fire chorus that I can’t help but sing along to every time.

Both “Call it What You Want” and “New Year’s Day” go for the slower side, but show Swift truly opening up about what this time away from the spotlight has taught her. The first of the two brings more on the Kanye scandal and how her present boyfriend, actor Joe Alwyn, has been crucial in her life. This song is laid back but powerful in her words, but it gets even stronger with the closer. Swift ends the album on a piano ballad and uses a metaphor to tell Alwyn to not listen to the noise, as well to say she will be there for the goods and the bad. I thought this was a beautifully-done send-off, and one of the most mature songs that Swift has ever made.

There were many songs that I thoroughly enjoyed, but there are still a few duds that have to be recognized. The opening track, “…Ready For It?” has Swift diving head first into the trap instrumentals, but this one just does not work, not in the slightest. This beat is very similar to something that would be on, ironically, Kanye’s “Yeezus,” but Swift does not have the ability or style of vocals to work with this, and, even if the chorus is rather catchy, this beat was not what she needed.

“End Game” is okay, and I actually think the Future and Ed Sheeran verses are the best parts of it, but Swift’s chorus, as well as her verse at the end, are simply okay, and I didn’t think the star-studded song worked exactly how it should have.

Easily my least favorite track on the entire LP is “Look What You Made Me Do,” as, while the lyrics are pretty sharp, the flow is off, and the chorus is downright unforgivable. To use “I’m Too Sexy” as the basis for the first single you release for an album is BOLD, to say the least, and it does not work at all. Pair that with a terrible “Old Taylor is dead” line, and this song is strong cringe from top to bottom.

There are a few moments where the trap beats are a bit too much and Taylor’s lyrics fall a little flat, like the “Is it chill if you’re in my head” line in “Delicate” or the cats line on “Gorgeous,” but these are only few and far between an otherwise solidly-written album.

“reputation” is far from the disaster that many were expecting it to be, in fact, it is quite enjoyable, and shows a lot of growth from the 27-year-old artist. There are tons of catchy choruses that are to be expected, but the unexpected depth and thematic elements that Swift delivers on, especially at the end, really made this album a surprisingly good turn for one of the biggest stars on the planet. “reputation” isn’t perfect, but it is very enjoyable, and has loads of highlights. 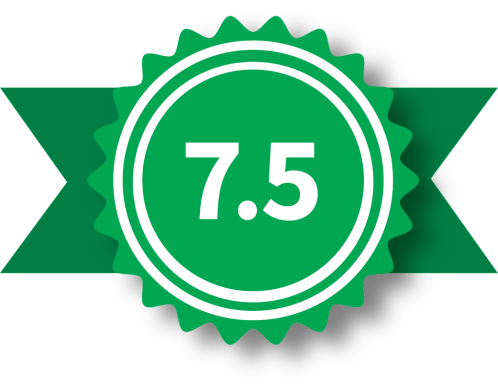 Read the lyrics to “reputation” here

What did you think of “reputation”? Comment below with your thoughts.