In honor of “My Beautiful Dark Twisted Fantasy” turning seven earlier this week, I decided it would be a great (and controversial) idea to try to compile a list of the 10 greatest songs from one of the greatest rappers to ever do it, Mr. Kanye West. To try to limit the controversy, I enlisted the help of nine people, as well as myself, who absolutely know enough about Kanye’s discography to make a knowledgeable list of the artist’s greatest songs ever recorded. Here is how the scoring of these lists worked:

You will quickly see that there wasn’t unified agreement throughout, as there were many, many songs that us 10 selected, and you can see everyone’s individual lists at the bottom (feel free to tweet disagreements to them, I put their @names), as well as the honorable mentions. So, without further ado, here is our compiled list of the top 10 Kanye West songs of all-time: 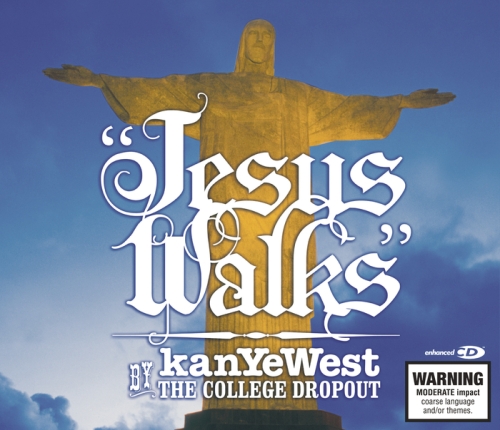 That’s right, a song placed on only three lists comes in at number 10, that’s how diverse the selections ended up being. Still, coming in at the back end of this list is one of Kanye’s first major hits, and one of his most thought-provoking. “Jesus Walks” brings together Kanye’s thoughts on Christianity, his strong faith, and his strong opinions on how religion is portrayed in schools, as well as in rap music. This song won Kanye a Grammy, and remains hard-hitting to this day, while also having a killer beat to back it all up.

Starting off the list with back-to-back songs off Kanye’s breakout debut album, “Through the Wire” is Kanye telling the story of his brutal car accident that caused his jaw to be wired shut. This song brings Kanye’s incredibly strong lyricism to the table, while also feeling incredibly personal, especially with the moments within the chorus where he is literally attempting to rap with his jaw shut. The Chaka Khan sample is gorgeous, and the Grammy-nominated song is certainly a highlight at the start of Mr. West’s long career.

Moving to Kanye’s dark, moody, electronic “808s,” West brings a pop flair to his rap style with this incredibly catchy and memorable track. “Heartless” is one of Kanye’s most successful songs commercially and has an absolutely intoxicating beat to back it up. West goes deep into failed relationships within the track, as he does often in this album, and he brings it all together with a fantastic chorus that remains one of his most popular to this day.

Whether talking about the original or the remix, which featured Jay-Z, this song is widely considered the best song off Kanye’s sophomore album. Kanye focuses on the political situation involving mining diamonds in Africa during wars within the continent, and how they are used to create turmoil. While Jay-Z doesn’t go all that political within his verse on the remix, Kanye uses a crazy strong flow and smart lyrics on this inner struggle between politics and materialism, and it makes for a song that is equally catchy and insightful. Oh yeah, and the Shirley Bassey “James Bond” sample is absolutely incredible.

The first (but not the only) song from Kanye’s universally acclaimed “My Beautiful Dark Twisted Fantasy,” comes with the banger, “Power.” This is easily one of West’s best-produced tracks, and it is accompanied by sly bars about SNL, haters, and the power that comes from criticism against him. This song, as well as this entire album, was a massive exclamation point and proved that Kanye is back and better than ever after his previous slower effort in “808s.”

One of the most popular songs among Kanye fans, “Devil in a New Dress” has West and Rick Ross combining for two very equally strong halves of a song with a fantastic instrumental to back them both. West focuses his verse on a girl who, while religious, may not be the best for him, as she does a lot of nasty things, possibly from the influence Kanye has over her. This song is gorgeously produced and gorgeously written, and Ross backs the track with one of the best verses he has ever made.

Kanye’s dive into electronic was (mostly) considered a success with “Yeezus,” an album that earned West four Grammy nominations. Though this song did not receive the noms, “Blood on the Leaves” is an absolutely epic track about a lost love. The beat sounds huge, and it gives the entire song a powerful feeling, as do the verses from West. The autotune is used effectively, as is the Nina Simone sample, and these components all add up to a six-minute song that hits hard, and that works on a grand scale.

3.) All Falls Down (ft. Syleena Johnson)

A classic from West’s first album and one that is still consistently considered one of the best songs Kanye has ever made, “All Falls Down” shows Kanye diving into more major issues that he faces within society. Talking about materialism, consumerism, and his hypocritical tendencies when it comes to the things he owns. West brings a load of insight to the track, while also making a ridiculously catchy track with a fantastic feature by Syleena Johnson on the chorus and within the verses. The beat may be nothing flashy, but it fits well and allows Kanye to spit on the things that mattered to him back in 2004.

Album: “The Life of Pablo”

Coming in at the runner-up position is the sole track from Kanye’s most recent album and one that is absolutely magnificent from start to finish. Kanye starts the track strong with a mellow flow that works brilliantly with the instrumental, and from there the song gets downright epic. The Kelly Price feature is beautiful, as is Chance the Rapper, who absolutely dominates his verse with clever wordplay and a consistent increase in his intensity that is truly something to behold. The choir starts off nice, adding tons to the chorus, then becomes irresistible as they completely take over the track’s finale. This is Kanye’s first major attempt at a Gospel song, and he pulls it off with flying colors, bringing together a song that is grandiose, monumental, and perfectly impactful at the same time. 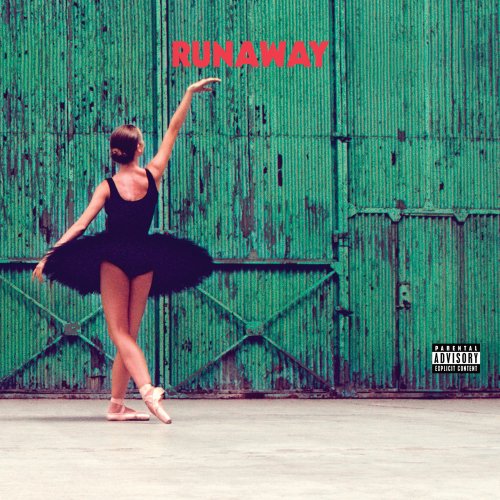 The runaway choice (haha) for the number one spot on this list is Kanye West’s ode to himself, his informal apology, and the most real that he has ever been on a single track. “Runaway” is the no-brainer here, as this over nine-minute song explores the deepest into who Kanye is, and it also is truly a masterpiece track that brilliantly encapsulates the greatest album he has ever made. The piano here is gorgeous, as is the bass, and Kanye’s verses are full of honesty, power, and true emotion. Discussing past relationships, the Taylor Swift Grammys debacle and much, much more, Kanye has a toast to himself and warns anyone who gets close to him to run away as fast as you can. Pusha T’s verse is equally tremendous, and this is the highest point Kanye has reached in his career, and “Runaway” is as close as nearly anyone can get to a perfect song. The distortion-filled closing is filled with the same level of emotion as the rest of the track, wrapping up the song nicely and showing everything and anything that Kanye West can do on a single song.

What is your own Top 10 Kanye West Songs? Who do you agree with most? Disagree? Comment below with your thoughts.