“The Greatest Showman” is directed by Michael Gracey and stars Hugh Jackman, Zac Efron, Michelle Williams, Zendaya, and Rebecca Ferguson. The movie is based on the true story of P.T. Barnum and how he turned his poverty into success from the idea of making the most unique people in the world into a spectacle.

I was relatively excited to see this movie after seeing its’ upbeat trailer and a star-studded cast, though I can’t say that I was expecting much more than a fun film. Still, the music was done by the lyricists from “La La Land,” so maybe this could be the second year in a row that a movie could begin to bring a relatively niche genre of movies to the forefront.

As a musical above everything else, “The Greatest Showman” delivers on a sensational soundtrack. The music style may not always fit the time period, but out of context, this movie is full of brilliantly performed, well-choreographed dance-and-song numbers, and they are an absolute joy to watch. From the opening “The Greatest Show” to “Never Enough” and the highlight of the whole film, “This is Me,” the soundtrack delivers, and is one I will definitely be coming back to for a while.

Hugh Jackman gives a great performance in the lead role of P.T. Barnum, as he makes a potentially uninteresting character feel full of life and intrigue. I enjoyed the charisma and charm he brought to the role, as well as the beautiful vocals, and I liked his chemistry with Michelle Williams as well, who also gave a very good performance. Zac Efron continues to prove he does have acting ability under that six-pack, as he is great in his supporting role. I don’t always love the way his character went, but I thought Efron sold it throughout and was able to be someone almost equally as enjoyable as Jackman when he had to substitute.

Going back to the “This is Me” song, which is not only the best song, but the best moment of the whole movie, it is brought together by Keala Settle and her tremendous voice. Her performance is strong as Lettie Lutz, and while I wish she had more chances to shine, she made her opportunities count, and this was most obvious with this powerhouse of a song in the middle of the film.

I appreciated how fun the atmosphere of this movie is as a whole because there are definitely points in the story that could have gone darker and grittier. Instead, Michael Gracey decided to go for the more PG look, and, in some aspects, I think this was a good movie. Making a fun, kid-friendly musical where the world feels like a fairy tale most of the time made “Greatest Showman” feel like a joy to watch and sit through, but also something that felt very surface level.

In the same breath as my previous point, making this movie a tad more insightful to the truth and more in-depth on the controversies and the topics at hand would have made the film pack a whole lot more of a punch. I get that this was not the goal of the movie, and I respect the decisions, but if themes of poverty, racism, and the exploitation of these outlandish people were covered with more depth, this would have made for a potentially phenomenal film instead of just a good one.

Going more into this issue, characters, especially Barnum’s, consistently achieve success and life goals in too simple of a way to make them feel difficult, and that causes issues with tension and drama. Barnum never feels unlucky or unfortunate, even when he’s at his lowest, and when he inevitably earns the success that (spoiler alert) we know he does, it just doesn’t feel like a big deal as much as it could have if given a little more care.

Another small thing: the movie obviously takes a lot of the true story and fabricates it, but there are some pieces of the film that feel unnecessarily changed, especially with Rebecca Ferguson’s character, Jenny Lind. For one, Ferguson doesn’t sing her portions, ex-“The Voice” contestant Loren Allred does, and that made me a little sad. But, more importantly, her character is looked at as much more of a villain and a negative component to the movie than the real-life persona, and I don’t see the point of why this change was made. Lind could have been accurately portrayed as the wonderful person she really was, but instead, she is looked at as slightly disrespectful and cruel, and I wish the script was written to put her in a more positive light than what ended up occurring.

“The Greatest Showman” is a fun movie with tremendous music, but it could have been much stronger with a more realistic and deeper take. Hugh Jackman and company are great, and the soundtrack is so enjoyable that it makes up for many of the flaws, but I can’t help but imagine a PG-13 or R version of this concept that would work way better than this film. Still, I can’t deny that “The Greatest Showman” is a very fun movie to watch, even with its simple take on a complex story. 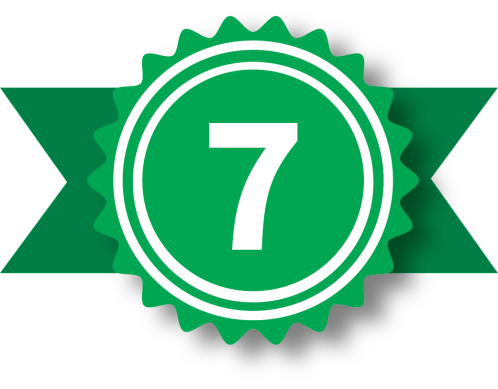 Get tickets and showtimes for “The Greatest Showman” here

What did you think of “The Greatest Showman”? Comment below with your thoughts.

One thought on ““The Greatest Showman” is Joyful, but Undemanding Entertainment”