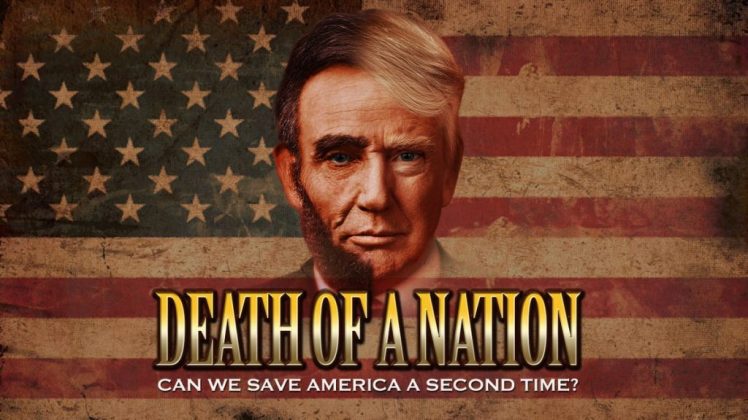 “Death of a Nation” was directed by Dinesh D’Souza and Bruce Schooley, and it stars D’Souza as the narrator. The documentary is about how current president Donald Trump and the presidency of Abraham Lincoln in the 1860s hold strong parallels, and how the Democratic Party has been at the foreground of racism for centuries, including today.

Look, D’Souza makes strictly garbage piles, but this one specifically has earned the title of the worst movie of all-time on Metacritic, so I went to check it out myself. I had no excitement, the premise and trailer looked absolutely ridiculous, but I felt it my duty to see the thing to be able to talk about it.

I’ll cut to the chase here: this thing is a zero. It would be easy to dismantle everything that this movie does in the traditional format, but I am going to try to talk more about this movie more than just the film itself. The score is zero, and this will be a much different style of review, so just be ready for that.

Also, NSFW, this movie sucks, and profanity will be necessary.

Every argument D’Souza haphazardly attempts to make feels like the biggest reach I have ever heard. The man is clearly so far up his own ass that he’s paying rent at this point, so it’s hard to even give him the time of day to make the argument that Lincoln and Trump are remotely similar.

You can tell that D’Souza loves the smell of his own anus by just how much he is on camera for no reason, or by how much he leaves in his own leading questions to any professional he is interviewing. You know how in most documentaries, it is the answers to questions that you hear almost entirely? Well D’Souza is a real innovator, and made sure that 80 percent of the time between him and interviewer was spent on himself blabbing about whatever the fuck agenda he is pushing. The answers are the only things remotely interesting, and this smug prick wouldn’t shut his mouth long enough for me to hear a single point made.

I’ll stop here with my insults of D’Souza the person: they do no good. Most likely, D’Souza won’t read this, but if he did, he would love those first two points. All he wants is for the media to rip his movie apart so that he can call it all fake news and get his die hard fans even more excited to see the concoction he created this time. I have to talk about how much this movie is shit, but I know that it is to the benefit of a man who doesn’t deserve it.

So back to the movie, because there’s plenty to rip apart here, these little scenes in between the points made are so badly performed and brutally unnecessary that they become laughable at times. D’Souza is clearly trying to up the production quality with these little snippets of history, but they all come across as corny, and they do nothing to help his points. This is an 108-minute film that feels like the length of the Super Bowl, no one needs these dumb little skits to pad out the runtime.

Where D’Souza loses me isn’t even so much at the historical aspects he looks at, it’s when he tries to force those into his agenda. Sure, sometimes the history is a little interesting, but only when it is said by a historian. But, and this is a huge but, when D’Souza tries to bring the hammer down by showing that liberals are pretty much the definition of Satan, it all goes to shit. Liberals caused slavery, the Civil War, the Holocaust, the Charlottesville attack and the birth of the alt-right in this film, and as fun as it is to watch D’Souza’s hamster wheel in his head spin like crazy making these reaches, it is annoying how right the man thinks he is.

This is a painful watch a lot because of the excruciating amount of bias put on display, but even if this was about a completely neutral topic, this is a boring as fuck documentary. The editing is lackluster, the transition shots are dreadfully repetitive, and there is nothing that makes it interesting to hear D’Souza narrate. There are only a few guests, and they are each in the movie for a minute tops, and as for those skits, they only add to the misery. D’Souza fails to even be funny awful, meandering and lulling me to sleep with thoughts of an entire political party being racist.

I often have a lot of fun writing one of these really negative reviews, as it feels like I am getting some sort of relief through my words. “Death of a Nation” is just not giving me that satisfaction, because I know that my negative review stops nobody from seeing this. D’Souza has his fan base down, and he can say whatever the fuck he wants, and they will listen. This movie deserves a zero as much as any zero before it, but it comes with none of the enjoyment, as I sat through a painfully awful film, and came out pissed that anyone could sit through that garbage and find some thoughtful insight.

“Death of a Nation” is undoubtedly one of the worst movies of the year, as it is a pile of nonsense that also happens to be painfully boring. D’Souza is a shitty person making a shitty documentary, and absolutely nothing he says makes a lick of sense or has any sort of impact on the world today, no matter how much he thinks it does. Donald Trump is not Abraham Lincoln, all liberals aren’t Nazis or KKK members and D’Souza has no idea what the fuck he is talking about. This is a zero, but it’s not a fun zero and it’s not a zero that is worth seeing for the fun. Tis is just grade A crap through and through, and I cannot recommend sitting through a second of it. 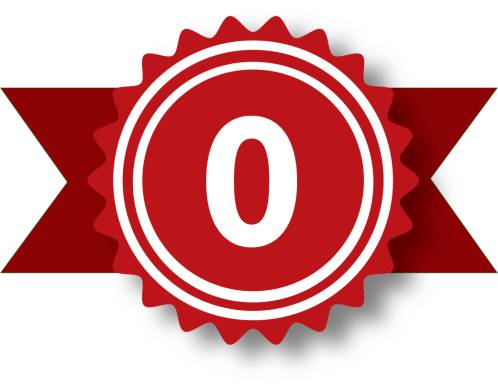