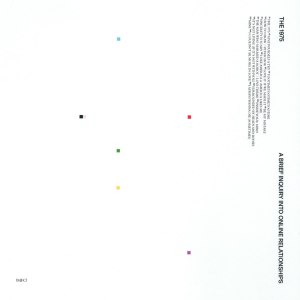 “A Brief Inquiry Into Online Relationships” is the third album from the British alternative group, The 1975. The group returns with its first project since February of 2016, when it dropped the poorly named “I like it when you sleep, for you are so beautiful yet so unaware of it.” This new project is about love in the modern age, as well as lead vocalist Matty Healy’s personal struggles with drug addiction and overall themes of problems within society today.

The 1975 really impressed me with its project two years ago, though I refuse to rewrite the entire name of it. The group had some of its best songs to date, especially “Somebody Else,” a track that remains one of the best in recent memory. With the high of the previous work and the incredible buzz this was receiving from critics early, I came in to this album expecting some big things from the group.

I’ve always enjoyed what The 1975 has done as a group, but I did not think that it had this level of execution in it. “A Brief Inquiry” impresses on all fronts, and is a improvement in many ways from what the group has done to this point. Moving out of their typical wheelhouse of pop and alternative rock, Healy and company bring something new and impactful with this new record, using elements of what they have known, but also infusing it with electronic music, jazz and even some trap rap, all of which go over smoothly with strong execution.

This album often works as something that feels heavily influenced by Radiohead, specifically that band’s best work, “OK Computer.” The Siri spoken word piece, “The Man Who Married a Robot,” “How to Draw/Petrichor” and “Surrounded by Heads and Bodies” all show this influence the most on their sleeve, but never to an extent where it feels like a ripoff of one of the best albums of the 1990s.

There are four songs before it, but they all feel like introductory tracks for “Love It If We Made It,” which is simply put, one of the best songs of 2018. The energy Healy executes on the vocals is exceptional, as are the drums by George Daniel, which bring even more of a punch to the already infectious sound of the track. The lyrics covering societal issues from Lil Peep’s death to tweets between Kanye West and Donald Trump, all of which working into the madness and beauty of this absolutely outstanding song.

If The 1975 doesn’t have a top song of the year with that one, it does with “It’s Not Worth Living (If It’s Not With You).” This track is the most open Healy has ever been about his struggles with heroin addiction, using metaphors of love and playing a character to show how much he truly relied on the drug for years of his life. The track on the surface is catchy, infectious and has an outstanding beat and chorus. But with the extra layer to the lyricism, the group truly makes a song that I cannot stop listening to.

Where this album surprises is in songs like “I Like America & America Likes Me,” a song inspired by America’s obsession with trap music. The band uses this to create a booming beat around Healy’s lyrics that touch on the controversial topic of gun control. Healy makes it very clear through an auto tuned emotional performance that he is against guns, and wants the murders to end. The song, with all the edginess and blend of genres the group has never done before, passes with flying colors.

The band also goes for a jazz effort with “Mine,” a song that, while a little too slow for its own good, manages to make a stunning instrumental with trumpets and horns that had my jaw drop the first time I heard it. The horns are far more impressive on “Sincerity Is Scary,” which is one of the best songs on the album, complete with a choir on the chorus that is just magnificent to hear.

“Inside Your Mind” and “I Always Wanna Die (Sometimes)” are the other standouts for me, both absolutely melting my mind of just how much this band can pull off. The first of which is a lyrically simple song about wanting to know what your lover is thinking so bad that you could bash their skull in to find out (see “Gone Girl). But it is the guitar riff on this track that is at both times gorgeous, haunting and even terrifying by the sheer power it brings to the chorus.

“I Always Wanna Die” works as the closer, and man, does it work. The lyrics again are quite simple — sometimes life is so hard you want it to end — but the lyrics are also exciting and exactly what they needed to be. The instrumental is booming and even inspirational behind Healy’s melodramatic lyrics, creating for one of the most stunning closers of any album I’ve heard this year.

There is no song on this album I would label as bad, there just isn’t. Only a few of the tracks in this hour-long piece of excellence fell a tad short, and most of them came in the opening fourth.

“TOOTIMETOOTIMETOOTIME,” is a track that has grown on me for it’s clearly conscious attempt to be simplistic, and I find myself dancing to the beat on each listen. But that still doesn’t take away that this song is incredibly repetitive, and probably could have used one more verse to make it complete.

The Radiohead influenced songs of “How to Draw/Petrichor” and “Surrounded by Heads and Bodies” are weird and inventive for all the reasons Thom Yorke and company were in the 90s, but The 1975 doesn’t quite nail the concepts as much as Radiohead did, leaving for unique pieces to listen to, but with songs that are only slightly missing the execution.

That being said, all three of these songs I mentioned are strong songs for most groups. It’s just that on an album as good as this one, there were a few weak points by comparison.

“A Brief Inquiry Into Online Relationships” is The 1975’s move into conceptual albums, and nailing it every step of the way. There are influences to be found, but nothing truly sounds like what the group has done on this project, at least not in a very long time. The production is superb, Healy’s vocals are the best they have ever been and this album really proved what this band is capable of pulling off moving forward. This is an airtight project that is an hour of pure enjoyment to listen to, and The 1975 still may have nowhere but up to go.

What did you think of “A Brief Inquiry Into Online Relationships”? Comment below with your thoughts