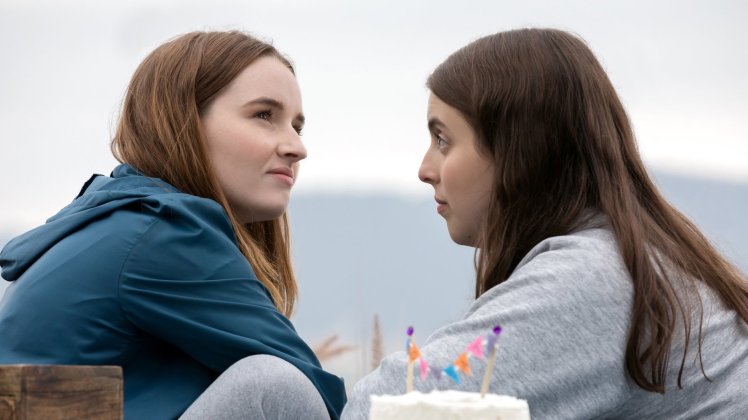 “Booksmart” was directed by Olivia Wilde and stars Kaitlyn Deaver, Beanie Feldstein and Jason Sudeikis. The film is about a pair of high school seniors who decide they need to have fun on their final night before graduation after both focusing almost entirely on their grades during their entire school careers.

On the surface, this premise does not seem to be all that interesting. But the trailers for this film really sold me on it, with the humor laughing on every attempt and the premise having enough of a modern twist to make it feel like something unique. I was also eager to see what Wilde could do behind the camera, as, to be honest, she’s only truly impressed me in a few films here and there as an actress.

From the very first scene, it is clear that “Booksmart” is going to be funny, and it never made me doubt that thought from start to finish. The comedy on display here is sharp and witty, consistently getting me to succumb to laughter on various occasions throughout the film.

Whether the bit be through vulgarity, awkwardness or a smart reference, nearly every moment lands exactly how it should.

This is also helped by a pair of tremendous performances by co-leads Deaver and Feldstein. It’s hard to pick which of the two I enjoyed more, because both were able to bring so much to the table. I loved Deaver’s consistent innocence as Amy, and her ability to portray someone who is awkward and doesn’t have these shared experiences was terrific.

Deaver specifically kills it in a scene toward the back end involving a swimming pool. This is half excellent performance and half pure beauty from the filmmaking standpoints of it, but a major highlight nonetheless.

On the other hand, Feldstein brings an aggressive, take-no-shit presence as Molly, but also something much more as the film begins to progress. Feldstein manages this very well, and shows how this character has gained her persona, while also showing there is much more than what meets the eye.

I say these things about the characters, and I know they don’t seem very unique or spectacular. Yes, this coming-of-age story has been done in plenty of ways, but Wilde still finds plenty of opportunities to make “Booksmart” stand out. Starting with shots like that pool sequence, as well as some terrific decisions with sound that gives the film its own feel.

Wilde is also helped a lot by the terrific screenplay, with the four women — Susanna Fogel, Emily Halpern, Sarah Haskins and Katie Silberman — bringing together a wide variety of successful jokes, while also not forgetting to bring the character development and build the relationship between its two ledes.

The quadfecta had to nail it on the heart and emotion though, so it’s a good thing they managed to make that all work, too. There is so much joy to be had seeing Molly and Amy find out more about themselves, and there is also plenty of hurt when the two reach an impasse. Aside from the plenty of laughs, “Booksmart” is very smart in bringing these characters to life and holding together a lot more pieces than a simple comedy would have.

Where the movie does falter occasionally is with its grasp of real life. For how well made and brilliantly executed much of this film is, it still falls into the common trap of overdoing it in the high school setting. I understand it’s the last day of school, but there are a lot of members of this school that felt a bit too much like caricatures of real life for me to buy in.

There isn’t a bad half of the movie, per say, but the second half definitely was the one I enjoyed more to watch. The opening 45 minutes or so work well and had my interest, but I kept wanting the movie to get where I eventually knew it would.

Coming in, I thought “Booksmart” was going to be a strong comedy about two girls who go nuts before graduation. Instead, this movie is surely one of the best comedies of 2019, and is about two girls who learn what it is to be them and to move forward within one night, and it is expertly done.

Both of the leads are terrific, the script is just as strong, and Wilde immediately shows what she can bring behind the camera in a bevy of ways. Coming-of-age stories are nothing new, but “Booksmart” shows there is still plenty of new joy to find in the genre.