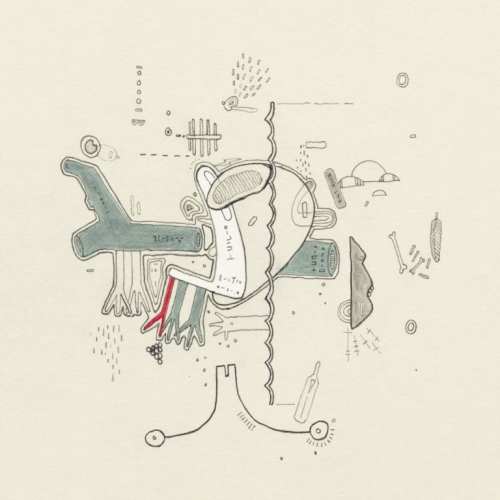 At the end of Frightened Rabbit’s set at Newport Music Hall in Columbus on May 2, 2016, lead singer Scott Hutchison took a drink.

The organ-sounding piano had already begun playing the familiar chords of “Keep Yourself Warm,” one of the most beloved tracks on the band’s 2008 release “The Midnight Organ Fight.” The crowd obliged, gearing up for one of what had been many sing-alongs that night, singing about writer’s loneliness in the midst of a one-night stand.

This was what people loved about Frightened Rabbit: Hutchison wrote extremely personal songs that were easily relatable. The lead singer knew that, and for the album’s 10-year anniversary, an album acclaimed for the honesty in its songwriting, he wanted to hear his songs in a new light.

According to an article from Paste Magazine, the initial plan was for artists and bands that were closely associated with Frightened Rabbit to cover each song from “The Midnight Organ Fight,” showcasing their own interpretations of Hutchison’s songs. However, the album was quickly placed on the back-burner after Hutchison died in May 2018.

Now, one year later, the surviving members of Frightened Rabbit released “Tiny Changes: A Celebration of Frightened Rabbit’s ‘A Midnight Organ Fight,’” which, along with its initial intention, is a powerful and fitting tribute to the songwriter and is one of the most important records of the year.

While some songs echoed the style and the approach Hutchison and his band took 11 years ago, like the band Oxford Collapse’s interpretation of “I Feel Better” or Scottish-based rock band The Twilight Sad’s version of “Floating in the Forth,” many artists used their own familiar style to give Hutchison’s lyrics new life.

Americana songwriter Josh Ritter gives a memorable rendition of “Old Old Fashioned,” highlighting Hutchison’s plea for his significant other to return to the way things were with a rousing country instrumental, one that could easily fit into Ritter’s catalog. The band Daughter also took the song “Poke,” a guitar-based song, and turned it into a rousing, electronic building masterpiece.

While singer-songwriter Julien Baker took the song “The Modern Leper” almost as if she wrote it, showcasing her range and performing it with a haunting level of emotion, the Scottish rock band Biffy Clyro took the same song and flipped it on its head. As lead singer Simon Neil navigates through Hutchison’s lyrics, the band uses distortion and slashing guitars to bring a level of power to this song that had never been heard before.

The album has something similar with the song “My Backwards Walk.” The message and the build of the song still remains equally powerful, the two versions give off different messages, seemingly by gender with one done by Harkin and comedian Sarah Silverman and the other done by the band Manchester Orchestra, where Andy Hull uses his powerful tenor to highlight the band’s beautiful rendition.

However, some of the more meaningful and emotional cuts on the album come from artists or bands that were directly involved in making the 2008 release.

The Philistines Jr., a band led by Peter Katis, who produced “The Midnight Organ Fight,” along with many other prominent 2000s alternative-indie records, took what was initially a 73-second instrumental interlude, “Bright Pink Bookmark,” and made it his own, creating a level of emotion and melancholic atmosphere at the midpoint of the album.

In a way, the artists and bands associated with this project are like the people that were at the Newport on May 2, 2016. They heard Hutchison’s songs and were drawn by them. They made an impact. He made an impact.

As Craig Finn, the lead singer of the band The Hold Steady, sings on “Head Rolls Off,” “While I’m alive, I’ll make tiny changes to Earth.” Based on the emotion behind these songs and the interpretations on this album, there is nothing tiny about the changes Hutchinson made through his writing before his tragic death a year ago.