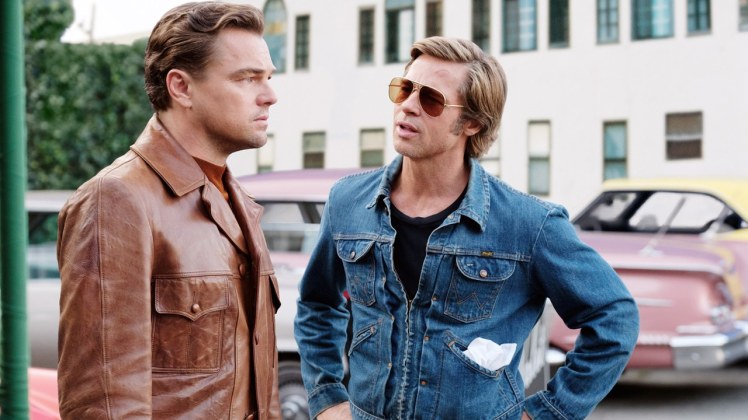 “Once Upon a Time in Hollywood” was written and directed by Quentin Tarantino and stars Leonardo DiCaprio, Brad Pitt and Margot Robbie. The film is about an actor who is on the brink of losing relevancy and his stunt double in Hollywood in 1969, all while being the neighbor to Sharon Tate and Roman Polanski.

It’s Tarantino. It’s DiCaprio, Pitt and Robbie. The trailer looked great. The premise had worlds of potential. So yeah, I was incredibly excited to see this movie.

The two male leads of this film are some of the best actors of the century, and they both prove why that is here. DiCaprio and Pitt both shine in every scene they are involved with, both combining to bring a slew of comedy, drama and simply terrific acting. DiCaprio as the waning Rick Dalton is excellent at portraying this actor’s inner conflict with becoming irrelevant.

It often comes out comedically, but there are some truly touching moments for DiCaprio’s persona, specifically when he is paired with either Pitt or 10-year-old Julia Butters, who is also amazing in her limited role.

But while DiCaprio brings out the struggles of an actor that once was on top of the world, Pitt’s turn gives a brilliant scope into a more everyday view of someone in 1969’s Hollywood. Pitt is also funny, he also brings the dramatic chops, but there is something so enjoyable about what he brings to the character. Even as some not-so-great things are revealed about his character, Pitt’s likability is too much to deny, and it makes for a fantastic time whenever the film is focused on him.

Much of this movie is a more restrained, subdued directorial style, especially for Tarantino, and it turns out to be one of the best-directed films of his career. There are clear tropes that Tarantino still loves — feet and profanity being the most noticeable — but Tarantino seems to make a much more mature approach to how he uses dialogue, and the result is a movie that takes its time but almost never gets tedious.

The matured filmmaking is also helped by some gorgeous visuals work by long-time Tarantino cinematographer Robert Richardson. Richardson brings late-60s Hollywood to life, with the assistance of a fantastic soundtrack, and does so with vibrant colors and terrific wider shots that set the tone of the film excellently.

Because this is a much different approach for Tarantino to take with his filmmaking, it also makes the structure of the movie feel very unique. “Once Upon a Time” is often a slice-of-life sort of movie, with little in the way as far as clear-cut plotlines, but that makes for an experience that is just oozing with greatness at every turn, while always feeling very off the cuff.

Because Robbie is playing Sharon Tate, you know that the Charles Manson murders are involved. No spoilers from me, but I did not expect them to be involved the way Tarantino does it, and every scene involving these crazy people is superb. I enjoyed Robbie’s performance as Tate, but it is Tarantino who highlights his ability to be so out there, and yet somehow make it work.

“Once Upon a Time” has a very unorthodox approach, and that approach can be off putting out the gates when you are not quite ready for it. If I were to rewatch the opening 30 minutes, my opinion may change, but originally it felt quite slow as I waited for everything in the story to pick up.

I talk a lot about how different this movie feels than most, and that is largely because it often feels like there’s no real point or purpose for us watching these characters and their actions. Eventually, I was totally fine with this realization, as I just grew to love the cast and the moments that they were involved in without expecting something momentous to occur, but the lack of major motivations can be frustrating at times as a viewer.

“Once Upon a Time in Hollywood” is Quentin Tarantino showing just how strong he is as a director nine movies in, and he does so spectacularly here. This is a hard movie to review, mostly because it’s hard to pin down what exactly is done so well here, but it all makes for a beautifully crafted film that is well-executed through and through, while offering standout performances from its two leads.