“Star Wars: Episode IX – The Rise of Skywalker” was directed by J.J. Abrams and stars Daisy Ridley, Adam Driver, John Boyega and Oscar Isaac. The film is the 11th in the Star Wars universe, and takes place after the events of “The Last Jedi.”

This review will avoid spoilers as much as possible. I will be instead focusing on just talking about my feelings on the movie as a whole, while talking generally about how I think Abrams and company did in advancing this story forward.

Also worth noting: I loved “The Last Jedi.” I know that movie is incredibly polarizing, so if you find yourself disagreeing with some opinions below, that may stem from our difference in thoughts here.

Visually, “The Rise of Skywalker” is as terrific as the other recent installments, with the effects and locations popping with tremendous effect. This movie has multiple gorgeous landscapes and camera shots, often displaying light and dark in a way that makes for some beautifully composed moments that also feel symbolic.

Also like the two other films, this movie benefitted from a worthy cast, again using Driver’s consistently impressive performance as Kylo Ren as a major scene booster. Driver has made the character his own from the very beginning, and I again thought he shone through here.

Ridley, Boyega and Isaac were also very good in this film, with those three and Driver carrying the vast majority of the movie on their shoulders. I like Isaac’s consistent attitude as Poe, and I thought Finn’s character improved from what he was in “The Last Jedi.”

I was skeptical of the return of Emperor Palpatine to the series considering how much I loved Kylo, but I thought Abrams brought him in as the key antagonist in a pretty smart way. His presence was, for the most part, a benefit to the film, and he had some great moments in the back half that were a few of the best scenes in the entire movie.

The third act of the movie does feel familiar in ways I won’t completely get into here, but in the end, Abrams manages to pull off a pretty satisfying conclusion. The nostalgia is there, and the build is solid, and the way it all wraps up likely will leave a majority of Star Wars fans thoroughly satisfied.

The same can be said about how Princess Leia is implemented in the movie with the passing of Carrie Fisher. Her character is utilized in intelligent ways during the plot, and I thought this was the correct sendoff for the legendary character, and the even more legendary actress.

A surprisingly great voice role came from the legendary Anthony Daniels as C-3PO. Daniels is as funny and well utilized as he has been in any movie since the original trilogy, and I thought he had some of the best one-liners and comedic moments of anyone in the film.

While there were certainly highlights to be found, unfortunately, “The Rise of Skywalker” is much more of a mixed bag than either “The Force Awakens” or “The Last Jedi” were.

Honestly though, this doesn’t surprise me at all. After the backlash — which was brutally overdone because there are way too many Star Wars fans that were ready to set buildings on fire because, God forbid, a director tries to do something unique and exciting to their beloved franchise — and the announcement that Abrams was coming back, of course “Rise of Skywalker” was going to play it safe and try to refute the previous installment.

Because of that, the movie is unnecessarily muddled for a long portion of it, creating more eye rolls than anything else out of me whenever someone from the past is force fed to this audience that is so stuck in its old ways I’m not sure they know that the cure for polio has been found.

Aside from the unnecessary cameos and references is that the storyline is overly complicated, which makes the first two acts feel like a large sequence of gaining info and finding items that will be used later, something that’s fun in a video game, but less fun when you are watching it unfold.

The problems in the story are because, you guessed it, this movie tries to “fix” what “The Last Jedi” supposedly ruined, something that, if I haven’t made perfectly clear yet, is stupid. What results is a semi-tedious first half of this movie, one that doesn’t even have the mightiest of payoffs by the time the twists have been revealed and the credits are on the screen.

After all the undoing, redoing and extra exposition required to do those things, this film ultimately feels like a sequel to a movie that doesn’t really exist.

I came into “Rise of Skywalker” worried I was going to hate it.

After seeing it, I am happy to say that my negative opinions aren’t that strong, but I certainly don’t love it. There are highs — the visuals and cast are great and deserving of all the praise in the world — but there are also lows, lows that become doubly frustrating when you think about how easily they could have been avoided if one of the most annoying fanbases in cinema could have opened their minds just a little bit.

Instead, we have a flawed finale to what could have been a truly outstanding trilogy of movies. It’s a pretty decent time while it’s going on, but there’s almost nothing I will take away from “The Rise of Skywalker” as a top-tier scene or character development. It’s got some cool fights, some good quips and plenty of nostalgia that will make a lot of fans happy with what Abrams did here.

But I can’t help but think of what could have been. 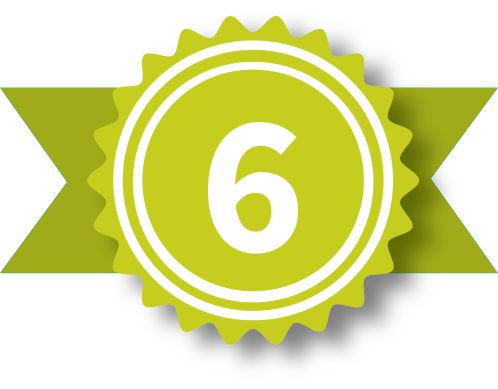