Hi everyone, it’s been awhile, hope everyone is safe and doing well through these crazy times.

After eight long years since the release of “The Idler Wheel,” Fiona Apple finally dropped her fifth studio album “Fetch The Bolt Cutters,” a title that comes from a scene in the TV shot “The Fall,” with the statement said in order to release a girl who had previously been tortured.

If you aren’t familiar with Apple, which I fear is the case with far too many people, she is a singer-songwriter who may sound a bit like some other popular musicians in the indie pop scene like Alanis Morisette, but make no mistake, there is nobody that truly does what Apple does on her projects.

Spending eight years on an album already builds the anticipation, let alone it coming after a complete masterpiece that is “The Idler Wheel,” in which Apple belts her heart out over some gorgeous piano, and uses her tremendous vocals to stand out on each and every track on the project. It was one of my favorite albums of the decade for a reason.

With that in mind, I listened to “Fetch The Bolt Cutters” lots and lots of times, and came out the other side with the same thought I had when I finished my first listen of it: Holy shit, what a complete and total masterpiece this thing is.

This is an album that I immediately knew was special, not because of a Pitchfork score or because of all that hype that I built up for it in my own head. No, it’s because it is music that feels completely fresh in a style unlike anyone else, and it is an amalgamation of so many things that make music so amazing in the first place.

All this greatness starts off in a big way with the opener, “I Want You To Love Me,” an unbelievably powerful track that Apple belts her vocals on, while also playing a gorgeous piano instrumental underneath. She does so many things so well, but Apple’s best trait might be her lyricism, which shines through yet again here.

Her lyrics about death, about love and about, clearly, wanted to be wanted, fit perfectly, and this is one of many songs that build up almost effortlessly into a thoroughly satisfying climax.

This song goes right into “Shameika,” a brilliant track that has a more intense and frantic piano that goes excellently with the lyrics, which are about a childhood bully saying that Apple has potential. It’s a premise that obviously goes deeper than that, and is presented and executed perfectly.

There are songs throughout this tracklist that go into a wild amount of topics, many of which use extended metaphors, but the chaos that is created from that feels controlled around central themes of empowerment and overcoming the trauma of the past, as is alluded to through the name of the album. Rarely does a project that has this much going on feel so purposeful and organized.

And while Apple does have a sound that is uniquely hers with the piano and her voice, it is these song topics and her lyrics that put her leagues above her counterparts that are in a similar space.

Apple also shows off a tremendous amount of range in between songs here, with her aggressive style completely going away in the title track. There, she is almost restrained, and she lets her words do all the talking, and they certainly do that.

The brilliant metaphors continue onto “Under The Table,” with clear themes of being pushed down and fighting through it anyway, but the clear highlight of this song comes with the Bridge toward the end of the song, which has some of the most hair-raising, chills-inducing power chords ever performed on a piano.

These songs are, mostly, Apple, a piano, and some percussion. And yet nearly each and every track here feels wholly different than the others while still keeping up that ridiculously high bar of quality.

“Rack of His” is one of my personal favorites on the album, as it displays everything that makes Fiona Apple so special. The vocal performance is stunning, with Apple bringing impressive power to her singing on the chorus, as well as to the lyrics about being under appreciated in comparison to this subject’s rack of guitars.

The instrumental stand out at points, but mostly just plays its role in showcasing the immense talent that Apple brings to both this song and every single song on the record.

“Newspaper” is maybe my favorite display of Apple’s vocals on the entire project, reaching multiple crescendos throughout the song that shook me to my core. It’s hard to put into words why everything works so well, but there is just something about the way Apple performs these tracks that make you feel the emotion of every single word she puts into them.

The hits on this album keep on coming with “Heavy Balloon” and “Cosmonauts,” one of which expertly describes depression and anxiety, while the other takes on the feeling of a relationship to a tee. Both are some of my favorite songs of the year, and both explore their topics with expertise and precision while also remaining remarkably catchy.

The climax of the entire album has to be in “For Her,” a stunning track that has two parts, both of which work exceptionally well in getting across Apple’s point of telling the stories of women who have been taken advantage of by men.

Her delivery in the first half of the song is unlike any other on the album, fast and flowing, while being all parts beautiful, intense and entrancing. But when the song flips the switch halfway through, the energy picks up to a whole new level, eventually reaching the more jaw-dropping moment of the album: “Well, good morning / Good morning / You raped me in the same bed your daughter was born in.”

It is a line that holds as much power in its delivery as it does in the words being spoken, and for Apple to say it plain as day creates a powerful song unlike any other on the topic that should not be forgotten for a long time.

Of course, the album ends on a high note with “Drumset” and “On I Go,” a pair of tracks that feature less variety in the lyrics, but are great moments that feel like the album coming down from the unbelievable heights of emotion and energy that came from the song before it.

It would be foolish to call anything on this album a negative, the quality is just too high from start to finish, but “Ladies” is the only song on it that I have yet to fall in love with. The lyrics and performance are still very good, and I like the idea behind it of not letting men put women against each other, but there just isn’t enough going on in the song for me to go head over heels for it.

On the whole though, there is a whopping one song on “Fetch The Bolt Cutters” that, to me, falls below the level of masterpiece. That is pretty damn good.

Fiona Apple took eight years, and she can take eight more to make the next one if this is the type of quality she is going to consistently put out. “Fetch The Bolt Cutters” is a special album, one that comes around once every few years at most. This is music at its peak, an artist that has such a grasp on what works that it is a delight to listen to.

This is chaos, this is mayhem, but it is still somehow organized, and it all feels like it is working toward a central idea. That makes the chaos beautiful, it makes the mayhem worth it. Apple has done that and then some, and she has made an album that I will remember listening to for the first time for the rest of my life.

We are less than four months in, but “Fetch The Bolt Cutters” has already cemented its place among the very best albums of the 2020s. Make sure you don’t miss it. 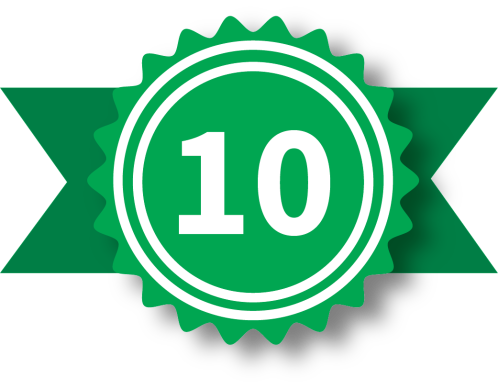